A glimpse of the 6th Asean Jamboree 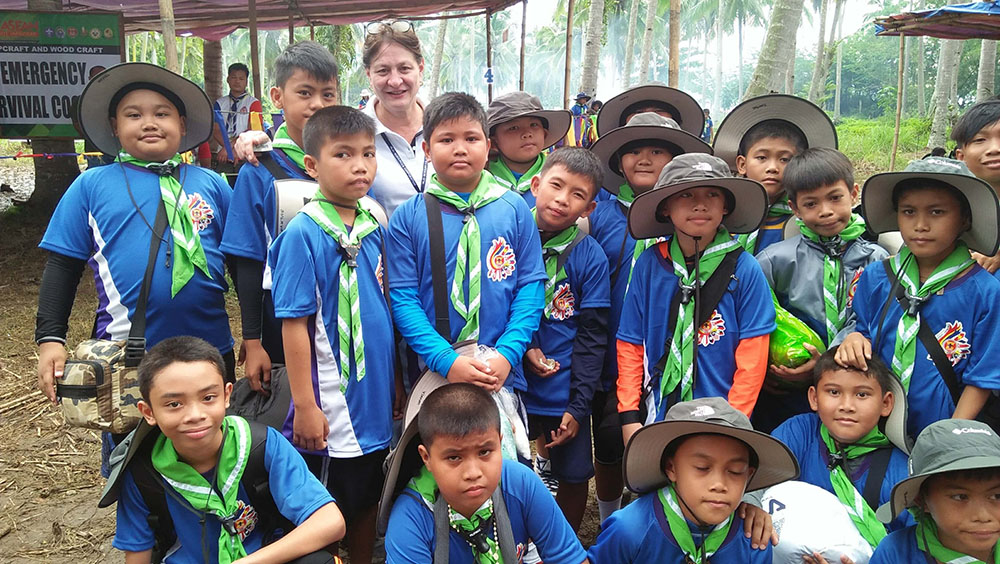 One with Nature. Ms. Rosanna Tuason-Fores (in white shirt, outmost row) poses with some of Mindanao Boy Scouts Representatives, while they were on their short rest during their trekking within Hijo grounds.

IMAGINE being among 30,000 Boy Scouts and their scout masters. That must be a major security and organizational nightmare. But the one hosted by Tagum City just over a week ago is organized to the highest level.

True, there were some hitches when it started, but after that… it was one grand event where the Boy Scouts from nine Asean countries, including the Philippines, as well as those of Sri Lanka, East Timor, Nepal, Netherlands, Maldives, Macau, Kuwait, South Korea, India, Hong Kong and Bangladesh.

I got a glimpse of the events at the Banana Beach of Hijo Resources Corporation last November 28 and 30, 2017, where two of the ten modules were held — the Aquatics & Water Fun and the Campcraft & Woodcraft.

^Get your Mangrove on! Harry Morris, Hijo’s Director of Sustainability assist Hijo’s CEO in planting mangrove seedlings along the Libuganon Coastline.

The ten Singaporean scouts who happened to be undergoing the Aquatics & Water Fun modules during our visit were all smiles when asked how they were enjoying the jamboree.

“We’ve learned a lot, and we have been making a lot of friends,” one of the Singaporean delegates said.