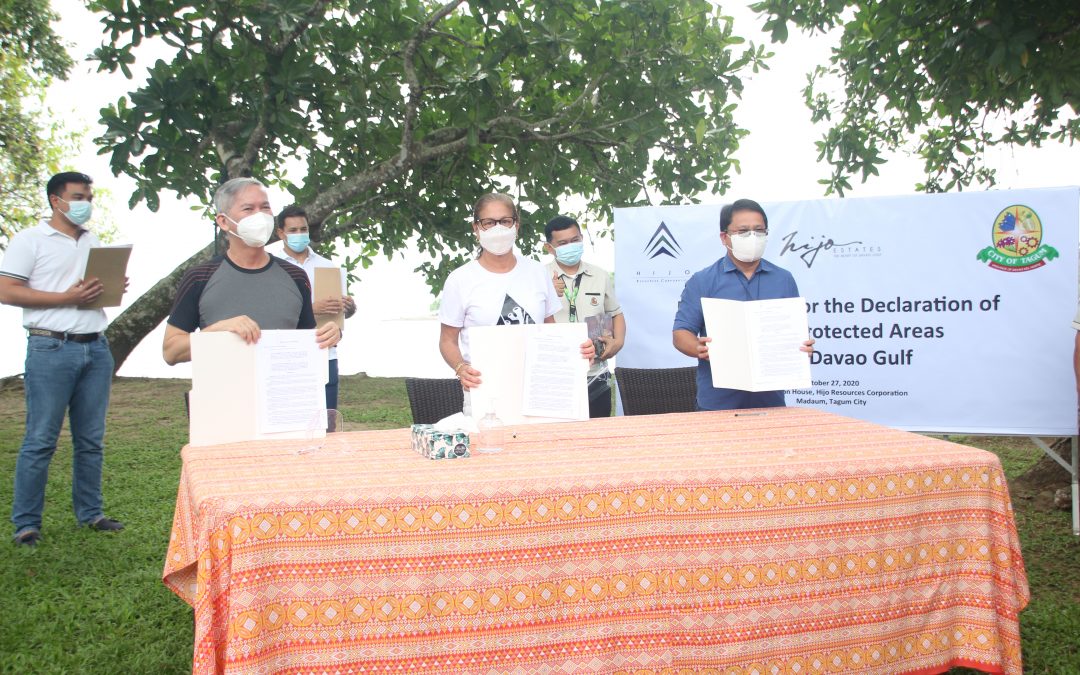 TAGUM CITY – Aligned with their vision “to nurture nature today to benefit the generations of tomorrow,” Hijo Resources Corporation (HRC) has worked tirelessly to incorporate sustainability into its operations.

A testament to this effort is The Trinity Project that serves as the sustainability arm of HRC. Led by Chief-Executive-Officer (CEO) Rosanna Tuason Fores and Director for Sustainability Harry Morris, the project aims to rejuvenate corals, sea grass, and mangroves in the Davao Gulf.

The Davao Gulf is considered a Marine Biodiversity Hotspot where ten of the 27 Philippine whale species are regularly present. It is also an important habitat of Whale Sharks and Dugongs, as well as nesting sites of three turtle species including the rare Leatherback turtle, and has a high occurrence of plankton and fish larvae that are important elements of the food chain. 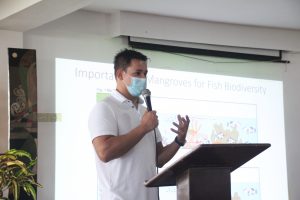 Through this collaboration of CEO Fores and Tagum City Mayor Allan Rellon, HRC and the LGU now share an important role to actively protect and conserve the marine life of Davao Gulf.

Director Anthony Sale of the Department of Science and Technology Region XI also took interest in The Trinity Project. Director Sale conducted a site visit to witness the progress of the project and learn more about its’ efforts and humble beginnings.

As the sustainability arm of HRC, The Trinity Project initiates environmental actions by utilizing natural coastal environments. According to Morris, the first step towards this goal is to repair the three important marine elements in the Davao Gulf (corals, sea grass, mangroves), then enhance and protect the existing marine life. 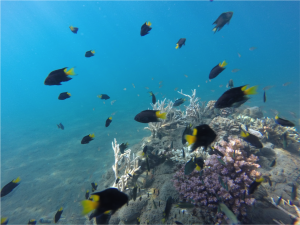 One of the ways to repair and enhance is through deployment of artificial reef structures with attached coral fragments in order to attract marine species that was once abundant in the area. 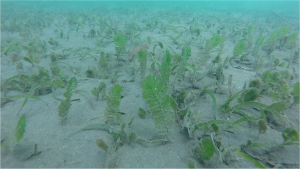 Seagrass meadow thriving in the ocean floor of Davao Gulf

Since its start in 2015, different fish species returned, corals started flourishing, and sea grass meadows have grown. The project also aims to reverse the harsh effects of erosion currently happening in the Hijo shoreline.

In the long run, HRC and The Trinity Projects hopes that their continuous efforts in the Davao Gulf will create a thriving marine ecosystem with visible increase in biodiversity, as well as establish an eco-tourism hotspot, and provide a sustainable aquaculture environment.

Most importantly, The Trinity Projects aims to fulfill their vision of sustaining and conserving the incredible marine ecosystem of Davao Gulf for the next generations to enjoy.