FEATURE: Making R&D available to all 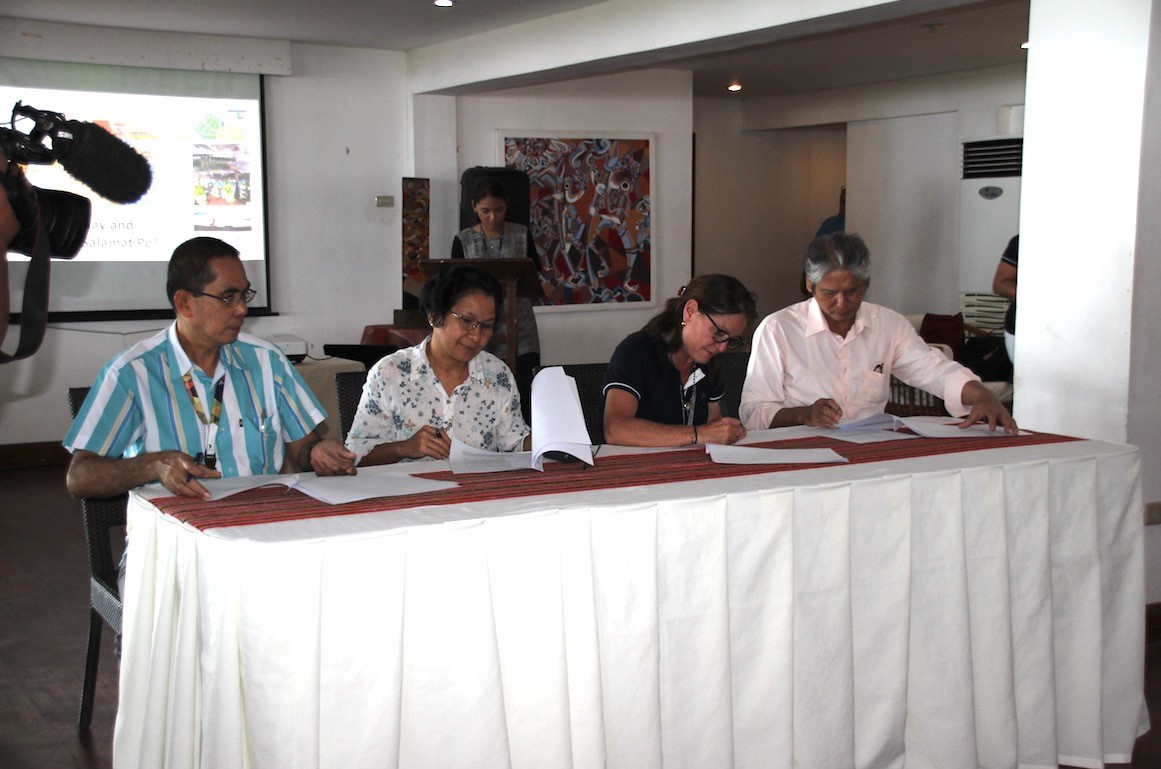 Sealing the Deal. (Second to the right) Ms. Rosanna Tuason Fores, Vice Chairman and Chief Executive Officer of Hijo Resources Corporation inks Memorandum of Understanding with the Department of Science and Technology Officers.

IT’S the first approved project proposal in the Philippines under the Department of Science and Technology’s Collaborative Research and Development to Leverage Philippine Economy (Cradle) Program, and it intends to break the walls that have kept players of the banana industry confined to their own individual fields, which could be one of the factors that contributed to the decline of this giant industry.

Fact: Studies made about the diseases that plague the banana industry in the Philippines have been treated as top secret by the industry player that has conducted it. These were never shared.

Consequently, the growers could not access these, and now suffer the consequences of the absence of science research and development as it faces the wallop of different plant diseases.

From No. 2 producer in the world and the main source of bananas of quality-conscious prime Japan market, the Philippines is now at No. 6 and is fast losing the Japan market, among many other markets, to Ecuador.

Thus, the DOST and the academe welcomed the initiative to bring about a technology that will help the growers immediately identify threats of Sigatoka Disease and the Bunchy Top virus as proposed by the Hijo Resources Corporation.

As explained by DOST, Cradle is a program that seeks to “create a synergistic relationship between the academe as producer of knowledge and manpower, and the industry as the entity which translates technologies to real world applications to generate new opportunities for Filipinos in the form of new industries, enterprises, jobs and solutions to pressing community and national problems.

Under the Cradle Program, the private sector industry will identify the problem; and the HEI or RDI will undertake the research and development, with funding from DOST.”

Hijo has proposed to “Synergize Academe-Industry Research Undertakings to Improve Productivity through Development of a Banana Diseases Surveillance System”.

What this means is that it will partner with the University of Southeastern Philippines (Usep) for a research to develop an early warning system for banana diseases Sigatoka and Bunchy Top.

The project, the first under Cradle, will be getting a P5-million fund from DOST and has a duration of two years.

As the implementing agency, Usep commits to come up with one publication on banana diseases early warning system, one disease visualization application software (DVA), one IEC material using the DVA, and a patent for the DVA, said Val A. Quimno, the project leader. 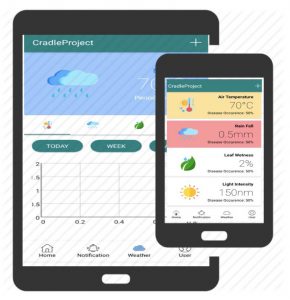 “This is an opportunity to reinvent the banana industry,” said Hijo Resources CEO Rosanna Tuason Fores in an earlier interview, as this will see the collaboration of the industry and the academe with the DOST, with the ultimate goal of benefitting the banana farmers.

Fores said that the technology to be developed will be made accessible to all.

“I’m willing to share this because in order to resuscitate the banana industry it should be developed as one whole industry,” she said.

This is contrary to how the banana industry has been investing in its research and development (R&D).

“(Banana companies) do not give out any data. They keep these as a company secret,” said Dr. Gilbert A. Importante, Usep Research Director.

But he is not surprised that Hijo Resources has initiated this and intends to make this accessible to the public since the company has a history of investing on R&D and making these available to all.

“DOST has partnered with them since it was the Twin River Research Center, Hijo was well known for that,” Importante recalled. It was in this Research Center where tissue culture of bananas was discovered and developed. While before, banana companies used the suckers for replanting after the bananas are cut down for harvest. When tissue culture was developed, all plantations used this.

In the memorandum of agreement signing and inception meeting for the project held last December 1, 2017 at the Hijo Resources Plantation House in Madaum, Tagum City, Fores stressed the importance of collaboration to move the industry forward.

Importante said that the University of the Philippines in Los Banos and the Tokyo University have indicated their interest to become part of the research development, thus he looks forward to a longer partnership with Hijo.

There for the signing of the MOA last December 1 aside from Fores, Importante, and Quimno were Armela K. Razo, DOST’s chief of Special Projects Division, Dr. Danilo Pacoy, vice president of Usep, and Rodolfo C. Ilao, the Director of the Agricultural Resources Management Research Division of the Philippine Council for Agriculture, Aquatic and Natural Resources Research and Development, and DOST 11 Assistant Regional Director Elsie Mae Solidum.

The Pilipino Banana Growers and Exporters Association (PBGEA) had earlier warned that the banana industry can disappear in two to five years if government will not come to its rescue.

The banana industry identify the factors that are contributing to the decline of this once robust industry to tariffs imposed on banana products shipped to export markets; disease and pestilence; climate change; speed and interconnectivity of markets, and inconsistencies of government policies.

But industry players are saying that disease and pestilence are the ones driving away the market as quality standards are no longer met.

The industry suffered a major blow in 2012 after the typhoon Pablo hit and deluged thousands of hectares of banana plantations, and in the process spread diseases from farms that have been isolated because of Sigatoka, bunchy top, and the most dreaded fusarium wilt or Panama disease.

Those who attended the MOA signing are hopeful that the research can soon extend to fusarium wilt, which wiped out Panama’s banana industry in the 1950s.