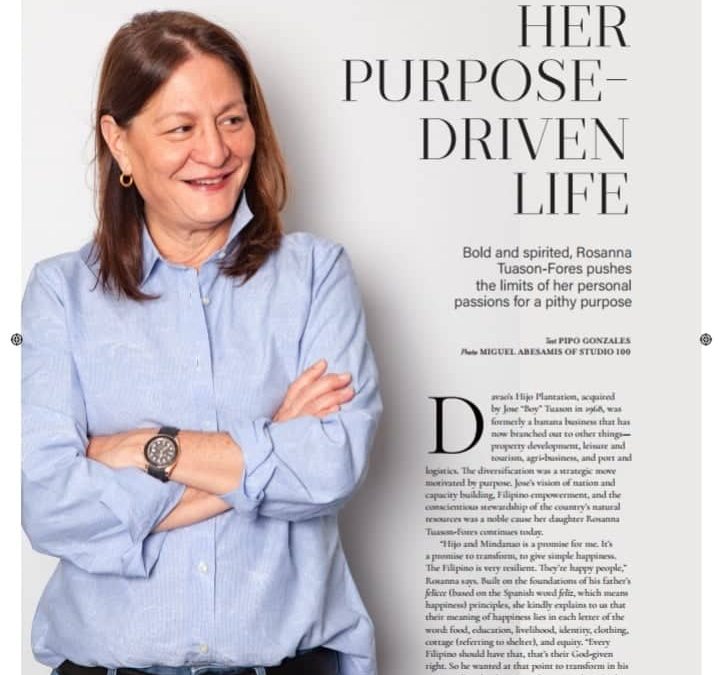 Davao’s Hijo Plantation, acquired by Jose “Boy” Tuason in 1968, was formerly a banana business that has now branched out to other industries— property development, leisure and tourism, agri-business, and port and logistics. The strategic diversification rooted from Jose’s vision of nation and capacity building, Filipino empowerment, and the conscientious stewardship of the country’s natural resources, a noble cause his daughter Rosanna Tuason-Fores continues to lives by.

“Hijo and Mindanao is a promise for me. It’s  a promise to transform, to give simple happiness. The Filipino is very resilient. They’re happy people,” Rosanna says.

Built on the foundations of her father’s FELICE (based on the Spanish word feliz, which means happiness) principles, she kindly explains to us that their meaning of happiness lies in each letter of the word: food, education, livelihood, identity, clothing/cottage (referring to shelter), and equity. “Every Filipino should have that, that’s their God-given right. So he wanted at that point to transform in his way to effect that happiness for every Filipino,” she says proudly.

Rosanna is happy with how the current administration has put the spotlight on the islands of Mindanao, “Mindanao is finally given attention for the first time in the history of the Philippines. Being the breadbasket of the Philippines, finally, there’s some equity there. When I first started in 2006, I did a demographic situationer and 60% of the Hijo communities were all survival families, meaning they (families of four) earned between 4,000 to 6,000 pesos per month. So you can imagine it’s hand to mouth. That’s where we started. So my purpose, my mission, is to give these FELICE principles. Today’s reality, agriculture, and tourism, for me, is the hope of the Philippines. So, we’re going to revolutionize agriculture.”
With Hijo’s purpose revolving around the improvement of the communities’ quality of life, it is easy to surmise that challenges are quite common. But it is the same vision that fuels Rosanna’s passion to persevere and do more. “Every time I want to cool down, I just walk down about 100 meters to the elementary school within Hijo’s property and I see the children’s smiles and their hope. So that just washes away everything. It’s finding hope. There’s always hope,” she says with a tone of positivity.
Relentless in the fulfilment of her father’s vision, years of hard work just seem to pass by, but the fire  in Rosanna remains the same. “I’m surprised I’m still here, still persevering with the same mission after 12 years. You can get jaded kasi. We started with hardly anything. I’m praying that Hijo will be a game changer for Mindanao as my father’s legacy has taught me and has promised. It’s a work in progress. I cannot say we’ve delivered,” she humbly says.
Cultivating the right mindset and encouraging the youth were instrumental in the progress of their goal. “My passion is to revolutionize agriculture in the country. In November of last year, we actually put to action this vision. One is ‘How do we make agriculture sexy again?’ so that the youth can see that farming is a noble profession because it’s not looked upon as a noble. My sister said putting food on the table  is noble. In other parts of the world, farming is noble. In Japan, you’re a farmer, you’re wealthy. I reviewed the way we were doing business; things doesn’t seem to be right. So in November 2018, we started implementing this revolution. 287 of the normally outsourced workers, we renamed their job titles to a more sexier, more millennial term, we call them ‘agrilodis’ or ‘agri-idols’ instead of laborers and welcomed them as full-time employees of the Hijo Family. You should be proud to be a farmer. I see the change in the environment, I see the motivation, I see pride. They can’t be stepped on anymore. I’m hoping that this pride comes from a feeling of community. They should not isolate themselves—that all stakeholders are taken care of, that we take care of each other, and no one gets left behind. There’s a circle of safety and trust amongst the community,” she explains.

Rosanna shares her own definition of a meaningful life. “Life is a gift. You don’t just live life living life. Your children—that’s the joy. Make them socially good corporate citizens. Bringing my four kids and developing their God-given talent—whatever it is, it could be big or small. A sense of cultivating the best in people. That brings me a lot of happiness, because in the end you take part and touch lives and motivate, culture, nurture them to be the best they can be.”

Before we finished the interview, I asked Rosanna if her children share the same vision similar to her with her father. With no hesitation, she answers with strong conviction, “When we talk about caring, about real empathy, about nurturing, they have that in them. They’re not very far from me, the apple doesn’t fall far from the tree. They embrace it. I think they’re trying to live it. It’s a tall order. But the answer is yes, a resounding yes.” 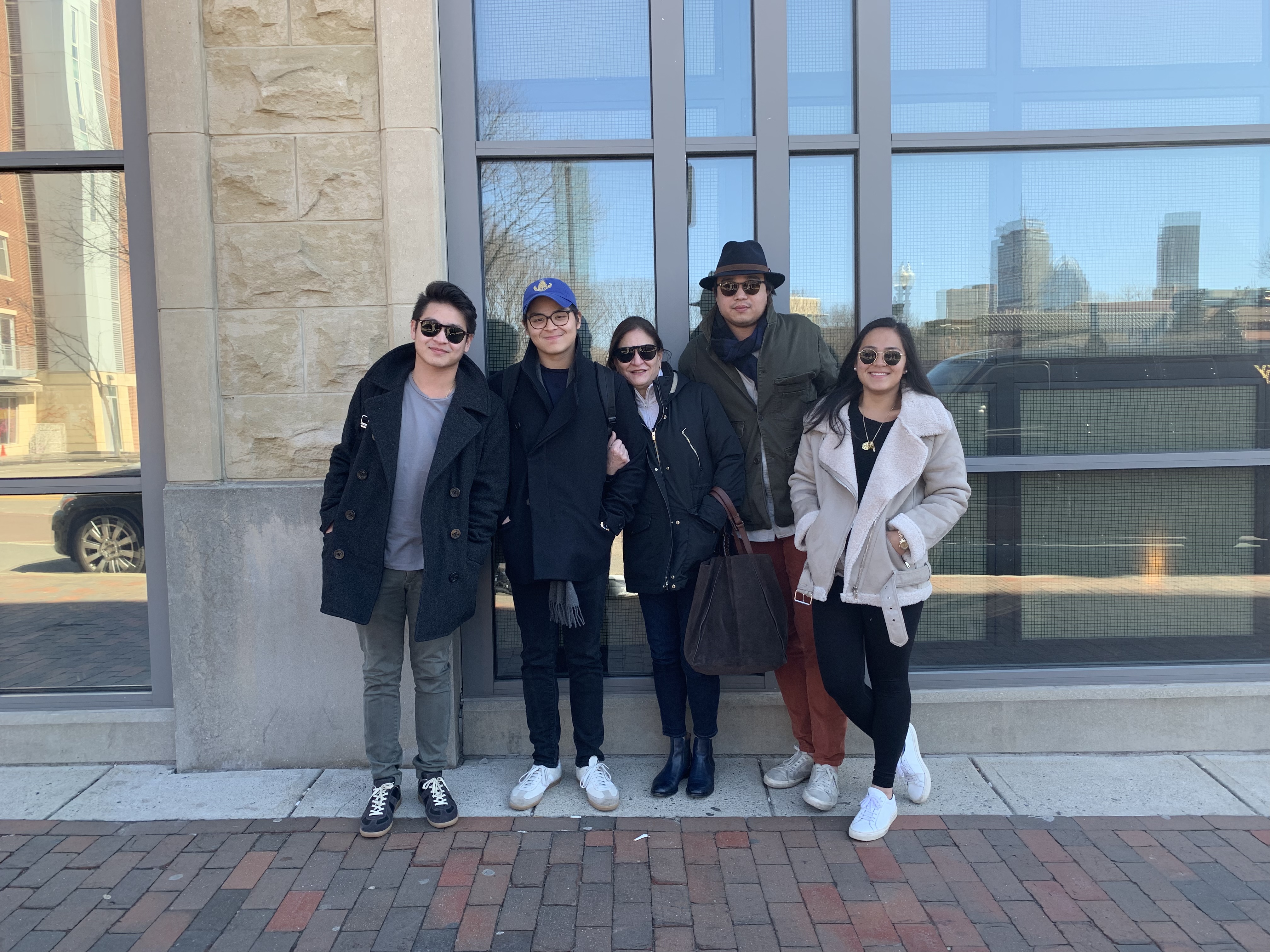