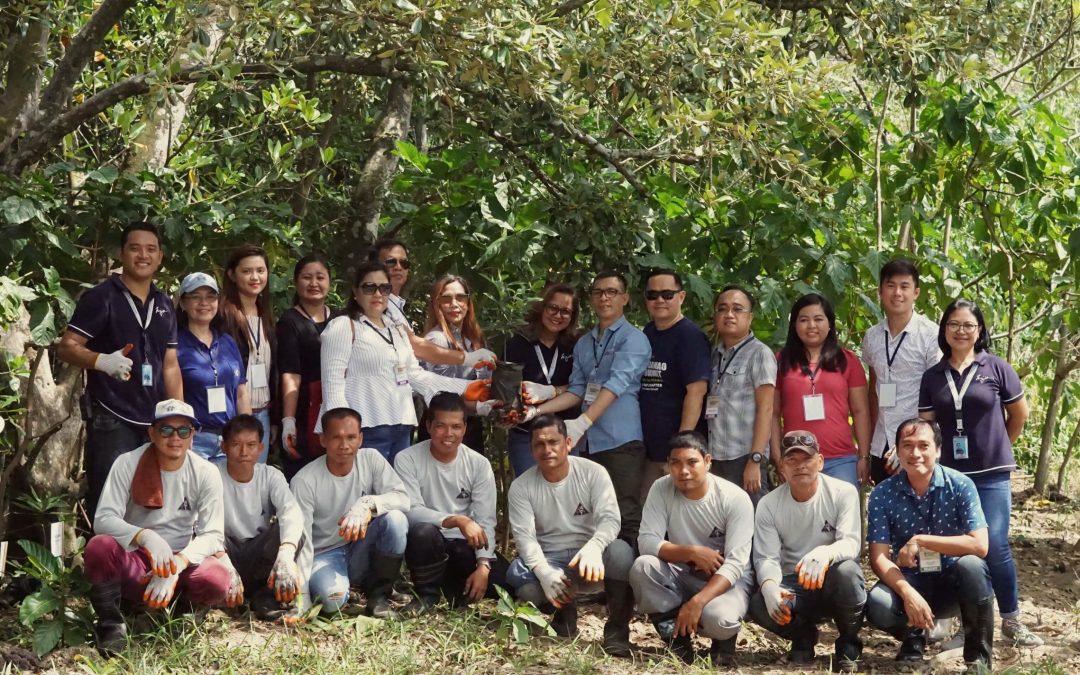 People Management Association of the Philippines (Davao Chapter) hosted the PMAP Mindanao Summit last October 10 and 11, 2019 with the theme, “HR Life is Here, HR on the Go!”. Hijo is one of the major sponsors.

The plenary was held at the SMX Convention Center, SM Lanang Premier, Davao City, where insights were shared by the people management champions.

Ms. Rosanna Tuason-Fores, the CEO and Vice Chairman of Hijo Group of Companies, was one of the Influencers who talked about Leadership and Culture in Today’s Generation for Purpose-Driven MindaNOW Leaders.

On her speech she emphasized and cited,

“…Hijo began its journey and hoped for a better future for Mindanao; and now, becomes my life’s purpose.   Its land and resources should remain in the hands of the Filipino as to uplift the lives of every Filipino. My father believed that every Filipino should have the right to Food, Education, Livelihood, Identity, Clothing, and Equity. He called it FELICE. In Spanish, it means happiness – well-being. He may not have known it then but he already defined that business should not only be about profit, but should improve the quality of life for every Filipino.   But what I believe more profoundly and with greater appreciation is that my father was already speaking about inclusive growth decades ago. In simple terms, that business should benefit directly the very community it serves.”

Aligned with her Father’s vision, Hijo’s vision commits to be stewards of God’s creation and it calls to: ‘Nurture nature today to benefit the generations of tomorrow.’ 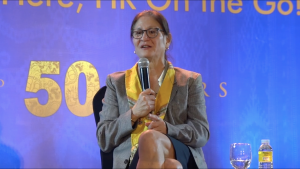 The second leg of the PMAP Mindanao Summit transpired simultaneously in Hijo Resources Corporation sites and University of Mindanao (Matina Campus). The delegates were divided into two, and more than half of them travelled to Madaum, Tagum City to visit the wonders of Hijo connecting with the insights shared by our inspiring CEO.

Hijo leaders welcomed the Mindanao delegates at The WREC (Weddings, Recreation, Events and Conferences) hall, just near the Hijo’s prestige Plantation House. Inside the WREC, the delegates had an opportunity to experience THE HIVE (Hijo’s Immersive Virtual Experience), where they can be able to see the future of the newly launched Hijo Central. Then, they had a tour at the Hijo Estates which includes Forest Walk, and Agri-business experience. Simultaneous with the Hijo Estates tour is the planting of mangrove trees by all PMAP Mindanao – Chapter Presidents. The mangrove planting is a symbolic act of converging the working hands with the nature.

The whole morning showcased the Hijo’s vast land for agri-tourism.

PMAPers had there sumptuous lunch at the new City Hall of Tagum, where Ms. Jacqueline Fe R. Luy, Hijo’s Chief People Officer/General Manager and VP, shared insights on People Management Ecosystem: Nurturing Our Shaped Tomorrow, and emphasized on the integral ingredient in building an ecosystem – Trust. Trust that each of us, regardless of generation differences, corroborates and gives strength in shaping a beautiful tomorrow.

Two days of awesome encounter. As they have said, “if only they had more time to roam around the natural grounds of Hijo, the beauty of nature…” PMAPers were inspired and empowered by their short yet meaningful experience!

One of the delegates said, “On Hijo’s progress and infrastructure efforts, the bottom line is always the people.